Hi Folks,
Welcome to the second video in this three part series exploring the role of ‘attitudes’ in trading.
In this video training you will learn the psychological structure of your attitudes so you can understand the influence they have on trading activities.

Three Components of An Attitude

At the psychological level an attitude is considered to have three components:

These three components or aspects:

form the structure of an attitude and the combined information from each of these components is processed by your mind during your experience evaluation stage.
All of the processed information from these three sources then influences your final attitude and determines the new attitude’s normal emotional intensity level.
That is, how you generally feel about something based on your attitude.

How Attitudes Are Made Stronger

A key aspect of attitudes to be aware of is that the more often you access a particular attitude, and it’s associated emotional reaction, the stronger the attitude becomes.

“This is congruent with current neuroscience”

Current neuroscience shows that the more we use a specific neural network in the brain the stronger it becomes and explains why apparently ‘normal’ people can be indoctrinated into racial hatred and other extreme behaviours simply by constant exposure to emotionally fueled extreme attitudes.
As in other areas of your life, your psychological trading mindset is created by mental training and your attitudes are an important part of your trader mindset.
Now you know the structure of your attitudes, let’s dig deeper so you can be clearer about how your attitudes impact your trading behaviours.

Expert traders advise that it is important to be disciplined and focused when trading and your attitudes can influence this quite a lot.
I have already mentioned how your attitude can affect your ‘attention’ to your trading and if your level of attention is not high during trading then your discipline and focus can be negatively impacted.
A lack of focused attention can adversely affect your behaviours during interpretation, judgement and use of trading information which could seriously harm your trading profits.
Any negative influence on trading behaviours will tend to be more apparent when your stronger trading related attitudes are activated.
Your various attitudes are easily accessible to your unconscious mind, especially when engaged in live trading, and can bubble to the surface and affect your behaviours very quickly if triggered by something in your trading activity or environment. 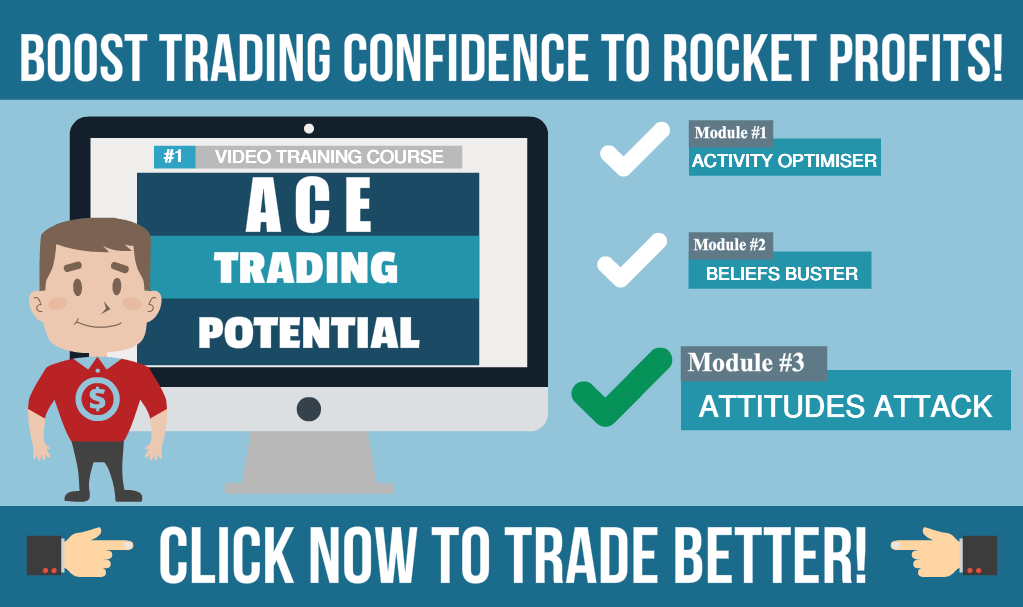 I promised to teach you about your attitudes; what they are, how they are formed and how they may influence your trading and we have now done that.
Attitudes are something we all have and use, mostly unconsciously, in our daily lives but few people stop to think about what their attitudes are or how they affect current behaviours.
You are now several steps ahead of most other traders because in this video training you have learned how important your attitudes are to your trading success both now and into the future.
In video 1 of this series we learned what attitudes are and how they are formed and in this post you have learned the deeper structure of an attitude and some of the ways in which it can impact on your trading.
In the third and final part of the series I will give you a method for discovering your own unhelpful attitudes so you can adjust them to work for you rather than against you.
That’s coming very soon…see you then!
Regards
Les
PS I would love to hear your thoughts about this topic so please add a comment below (oh, and it would be great if you would share it so others can benefit too!)